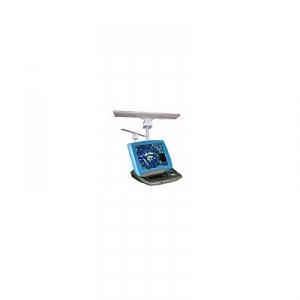 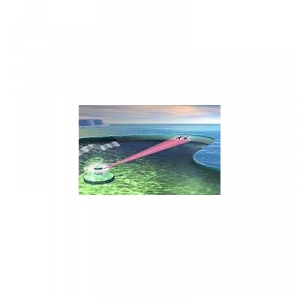 The concept of JSC “Marie Bridge and Navigation Systems” with the creation of the complex maintenance of safety of the sea and coastal especially important objects systems.

The experience of the last years shows, that the fuel power complex infrastructure is one of the most vulnerable parts in the total structure of the state and it’s citizens safety and economic well-being. Recently in the world the share of losses of the extractive companies as a result of the international organized terrorist groups actions was increased to a great extent.

To a great extent this threat mentions as political unstable regions, as Near East, Persian gulf zone, Africa, India, South and Latin America countries. Fortunately for Russia “gas and oil terrorism” while hasn’t taken over so threatening scales. Wrongful acts concerning of the branch, unlike 90-th, seldom have the organized and especially authorized by someone character.

The perspective development of the Russia Federation fuel and energy complex and the consolidation of the position of Russia in the world system of the division of labor, as the energy Power, makes new demands on the fuel power complex safety and the operational reliability.

Specialists of our firm carry out the scientific researches in the objects of the sea component of fuel power complex safety control, port and coastal infrastructure range. Being based on the best achievements of domestic science, advanced domestic and foreign developments specialists of JSC “MNS” had developed the technical security system integrated complex, securing the functioning of the systems of the object in the common information field and operative reaction of the object’s personal, security divisions and force departments for the extreme situation.

The integrated complex of the technical security systems (IKTSB) is forming with a view of detection and prevention the tryings of fulfillment of the wrongful acts concerning to property, information and natural persons at the higher importance objects, as well as deliberate ecological crippling of the environment.

IKTSB is being created according to demands of The Federal legislation and the other normative-legal acts regulating the safety of the objects of especial importance.

The objects of especial importance are the objects, at which the nuclear, explosive, dangerous chemical and biological substances, that create the real threat of contingency source rise, are used, produced, worked, stored or transported, as well as industrial undertakings, road junctions and other objects, the distribution of which can result in the rise of the contingency.

The integrated assessment of the object includes it’s economical or another significance depending on character and bunching of the concentrated appraisements, results of possible intrusions to them, difficulty of their securing.

2.The system of nonlethal microwave influence Silent Guardian, with range up to 500 meters.

The information on the rounding environment is being analyzed at the central console of the situational center, at that is taking place:

In case confirming of the threat:

KTSB provides the access blocking to the guarded zone and the realization of the necessary accident-preventive measures, foreseen by the security service in the contingencies. During the watching by means of visual observation, the automatic homing of the telecameras, providing the sector observation of the threaten direction, is taking place.

After the neutralization of the threat the operator of the situational center “turns off the target”/ removes the threat, puts the control and access system in the normal regime.

If you have found a spelling error, please, notify us by selecting that text and pressing Ctrl+Enter.

The following text will be sent to our editors: